Whether you are an adult or a child, don't neglect your oral health. Some oral diseases can be linked to other diseases in the body and should not be taken lightly. 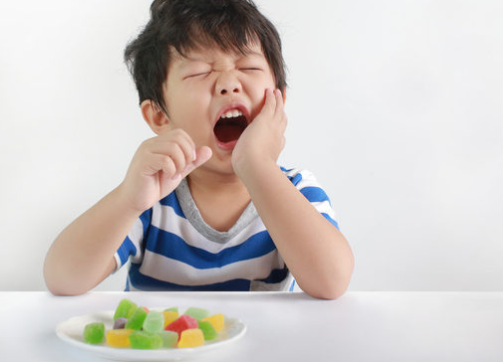 As adolescents reach puberty, their baby teeth are lost and replaced by permanent teeth. Some children's teeth may be growing in and out of their mouths at this time, or the child may not take brushing seriously. When combined with the hormonal effects of puberty, the child's gums may become red, swollen, inflamed and bleeding, and other symptoms of periodontitis.

As the standard of living of the general public increases, excessive intake of cane sugar leading to tooth decay is becoming more common. Many people mistakenly believe that only children and teenagers can form tooth decay, but in fact, tooth decay is age-neutral. Tooth decay can be dangerous to the whole body, causing problems such as gastritis and arthritis.

What is tooth decay?

Tooth decay is a common childhood disease in which the hard tissues of the teeth are demineralized and the organic matter is dissolved under the action of internal and external factors, resulting in progressive destruction of the dental tissues and tooth loss.

When a tooth is decayed, the tooth cannot heal itself and can only be treated by a dental filling. Tooth decay not only affects the appetite due to toothache but also interferes with chewing, digestion, and absorption, resulting in nutritional deficiency. The development of caries can lead to pulpitis, facial cellulitis, periapical abscess, overflowing pus in the tooth socket, and other serious oral diseases. As a chronic infection, caries can also lead to rheumatoid arthritis, endocarditis, nephritis, and other systemic diseases, posing a serious health risk.

How to prevent dental caries with xylitol ?

Xylitol, as an alternative to sucrose, cannot be used by the fermentation of caries-producing bacteria in the mouth, can prevent dental caries and inhibit the production of streptococci in the mouth, and can play a key role in the prevention of dental caries. It is now widely used in chewing gum products. In the Nordic countries, sugar-free chewing gum accounts for 85-90% of the total chewing gum content, and in Western Europe, it is also above 50%, which is one of the reasons why there are fewer dental caries in Europe and America. 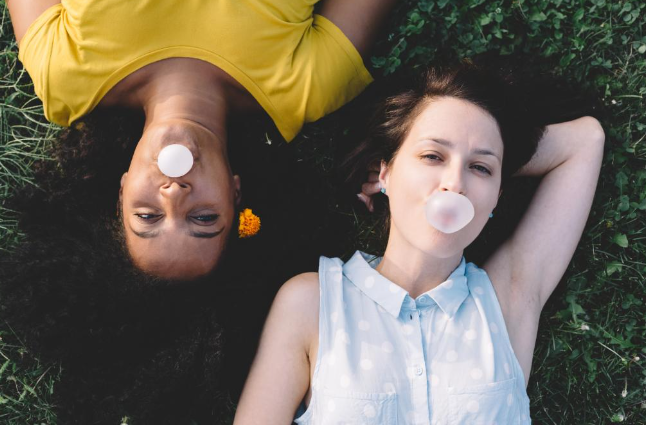 Xylitol is a hard-to-corrode material and has corrosion-inhibiting properties. According to Finnish scientists, prolonged retention of xylitol in the mouth for a period of two years is effective in inhibiting decay and preventing dental caries. The Finnish National Association of Dental Practitioners actively recommends the consumption of xylitol foods. The result of many years of effort has resulted in approximately 70 percent of Finnish children aged five years being free of dental caries.

In the last 20 years, clinical studies on xylitol have shown that it is 82% effective in reducing the incidence of dental caries.

The mechanism of xylitol in preventing dental caries

Xylitol is not used by the fermentation of Streptococcus mutans in the mouth, inhibiting the ecology and bacterial growth of the S mutans, preventing it from using the energy in food to reproduce and produce harmful acids, thus preventing the dissolution of calcium and phosphorus salts from the enamel of the teeth, resulting in "acid erosion".

It stimulates the production and flow of protective saliva, slowing down the fall in pH. It reduces acid erosion of the teeth, whereas the promotion of saliva secretion by sucrose is not sufficient to counteract the effects of harmful acids produced by streptococcal mutants.

Xylitol increases the alkaline concentration of saliva and caries spots, and the increase in pH allows calcium salts to re-precipitate on the enamel, re-hardening the tooth and thus repairing enamel damage. In the oral cavity, there is an equilibrium between mineral replenishment and demineralization. When the pH falls below the standard line, the tooth is demineralized. Xylitol stabilizes the calcium phosphate solution and will enhance mineral replenishment.

An important property of xylitol is its non-fermentability, i.e. it is not metabolized and fermented by bacteria in the mouth into harmful acids. On the contrary, the pH of the saliva increases by one to two units with each application of xylitol. This greatly improves the ecology of oral bacteria and effectively prevents dental caries from occurring. In addition, studies have shown that chewing gum containing xylitol also helps to repair minor damage to the enamel surface of the teeth.

We are a xylitol supplier. Please feel free to contact us if you need them!

Previous: How Does Xylitol Benefit Your Dental Health?

Next: Xylitol: Mechanism of Action Against Xerostomia And Caries